In an attempt to clamp down on tax evasion and also prevent countries from competing via the lowering of taxes, the Group of 7 (G7) reached an important milestone recently, after the agreement for a minimum global corporate tax rate of at least 15%.

Although taxation is elevated in developed countries, corporations, and in particular large tech companies, have long been accused of using subsidiaries in tax-haven countries in order to pay little or no tax. The “race to the bottom on corporate taxes”, as the US Treasury Secretary Janet Yellen called it, might be close to an end due to the agreement, yet analysts at Axia and other financial companies believe implementations will take a long time. 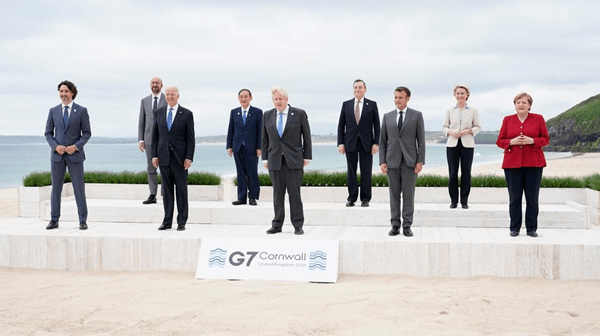 Massive fiscal spending is expected to continue over the foreseeable future and governments won’t be able to fund it via the issuance of bonds indefinitely. Looking for new revenue streams becomes critical, especially now when frustration around large tech companies and paying their equal share is growing.

Share trading activity in companies like Amazon, Apple, Google, and Facebook has resumed and these mega-cap names are now driving the entire US stock market to new all-time highs, mainly due to persistently low financing conditions as well as projections of over $1 trillion in share buybacks throughout 2021.

The 15% minimum global corporate tax rate will require multinationals to pay taxes in all countries where they operate, not just where the headquarters are located, in one of the largest moves to level the playing field for businesses and encourage countries to compete on a positive basis.

How much time could the implementation take?

Britain, France, Japan, Italy, Germany, Canada, and the USA reached a formal agreement, yet the implementation could take up to a few years, given several hurdles that need to be overcome. One of the most important is getting the 139 nations under the aegis of the Organization for Economic Co-Operation and Development (OECD) to comply.

In July 2021, the deal reached will be placed on the tables of the finance ministers of G20, including China, but the key issue remains whether tax havens like the British Virgin Islands or the Cayman Islands will get on board.

Stocks of Apple, Amazon, Google and other large tech names were not negatively influenced by the G7 minimum corporate tax decision. Retail traders working with brokerages such as Axia Investments as well as institutions continue to buy these assets, which is why the Nasdaq is currently trading at all-time highs.

No effect is being expected, at least in 2021, given the long implementation period needed to bring corporate taxes on a level playing field at a global level. The main focus in the financial markets will continue to be inflation, interest rate fluctuations, and the swings between the reopening narrative or transitory effects that can substantially impact the global economy.