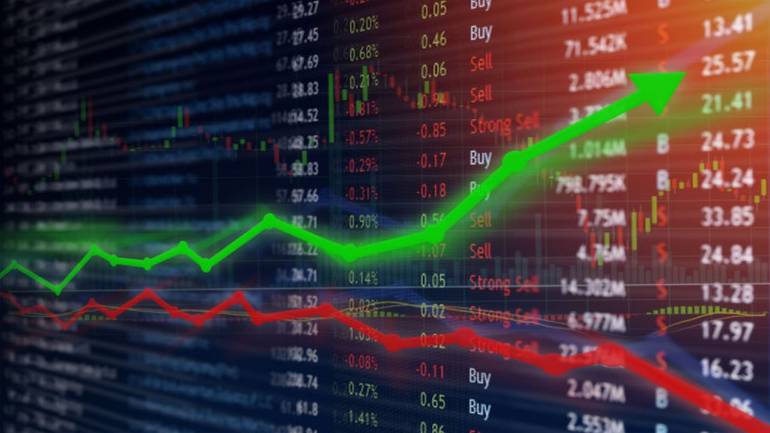 Large cap technology shares have been on a tear in 2020, picking up where they left off in 2019. A strong showing from Microsoft, Apple, Google and Amazon which are responsible for about 17% of the S&P 500, have generated approximately 70% of the index’s gain in 2020. Their strong start to the year has helped propel the S&P 500 to 10 record-high in 2020. The gains in this group of stocks has not gone unnoticed, especially by the US President Donald Trump. Despite the robust gains in US stocks, there have been mixed results for equities across the globe.

US President Donald Trump is very fond of describing the returns of the stock market as a way of describing his job approval. In early February the President touted the MAGA stocks as reflective of a strong stock market. Trump is reflecting on a group of stocks that have outperformed the market in the past year. Trump said that owning these stocks withing the S&P 500 index over the past year means that 401Ks that are owned by regular individuals are outperforming due to his policies. He referred to these companies as the trillion-dollar club.

During the past 12-months, stock trading has been upbeat as the S&P 500 index has rallied nearly 30%, driven by huge gains in the MAGA stocks. Amazon and Google are up a robust 33% and 32% respectively, while Microsoft is up a robust 72% and Apple is up a whopping 89%. This trend could easily continue in 2020 as the multiples these stocks are trading at are low relative to history. They also have new growth drivers such as the cloud for Microsoft and Amazon and 5G for Apple and Amazon.

Despite the strong returns in the US markets, the uptrend is not universal. Strong liquidity has driven investors into dollar denominated assets, helping to buoy the US dollar and drive US equities higher. US bonds have also experienced robust gains. US bond prices have rallied, and yields have declined. Unfortunately, Chinese equities have experienced downward pressure on the wake of the spread of the coronavirus. The Shanghai compositive is down more than 4% year to date compared to the S&P 500 index which is up 4% year to date.

European shares have been mixed as capital flows have exited from the EU. Concerns about the European economy has pushed the euro to its weakest level against the dollar since 2017. Impacts from the coronavirus are likely to send Germany into recession. Also weighing on sentiment is a lingering succession battle at the top of the German government.

It appears that growth in the US could stall in the Q1, dropping down to 1.2% but then rebounding in the Q2 of 2020. Part of the decline can be associated to the slow implementation of the phase 1 deal between the US and China which is likely to be delayed. Treasury Secretary Steven Mnuchin spoke about the Phase 1 China deal in testimony Wednesday before the Senate. Mnuchin said that while there is likely to be some slowdown in the Chinese economy, they would need another 2 to 4-weeks to evaluate the impact of the virus.

Large cap US technology shares have continued to rally in the wake of capital flows into the United States. The US is gaining from strong earnings, low interest rates, and increasing capital that is entering the US. The trend is pronounced, and President Trump nick named the trillion dollar US equity club MAGA.

Aarvi the owner and senior content publisher at Financeclap. Aarvi completed his education in BBA (Bachelor of Business Administration), and recently she was working as an assistant manager for the accounts company. She also works as a senior digital marketing consultant for one IT company in 2018. The main idea for starting Financeclap is to provide the best and helpful information related to the business industry to the readers. Aarvi main hobbies are playing cricket, watching videos and listening to music in the free time. You can learn more about her on about us page.