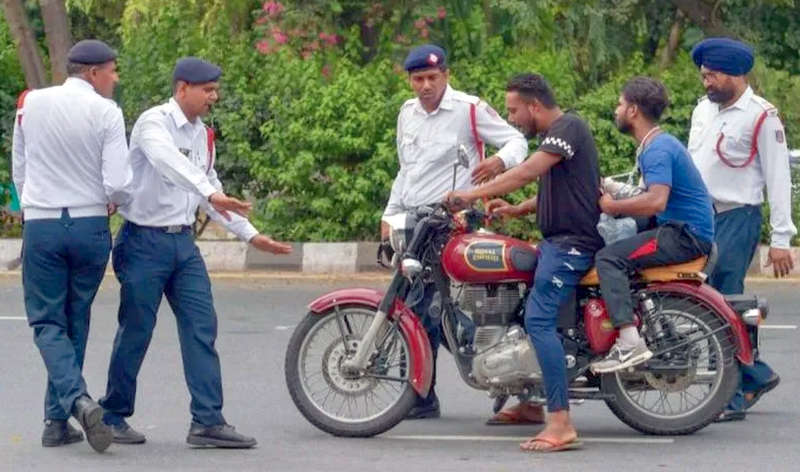 Aimed at improving road discipline and behaviour, the Government of India’s move to introduce a new Motor Vehicles Act (2019) made effective from September 1, 2019, created quite the stir in the minds of vehicle owners across India.

With over 63 clauses seeing a rework, the new Act levied high penalties on first and second-time traffic violators. This not only caused a frown on the faces of vehicle owners but led to protests from the common public and public servants alike. However, the government was in no mood to relent. According to the lawmakers, the new Act with its high penalties discourages poor and rash road behaviour and compels people to follow road discipline.

Ever since the Act came into effect, the country has been hearing stories of people paying heavy fines regardless of it being their first or second offence. The first time penalty has risen from Rs 100 to Rs 500 while second-time offenders have to dole out Rs 1,500 instead of Rs 300. With such a steep rise in fines, the hope is to see mature driving from Indian drivers.

Along with good road behaviour, the government hopes to see a steep reduction in the number of uninsured vehicles on Indian roads. According to many statistics, the number of uninsured vehicles on the roads is big. This is a concern because when an accident happens, the injured person, unfortunately, cannot seek compensation from the vehicle owners because they do not own a third-party policy.

According to the Motor Vehicles Act, four and two-wheeler insurance is mandatory. Yet, vehicle owners do not buy one or fail to renew their policy after a few years. However, this trend may change thanks to the updated Act’s penalty structure concerning uninsured vehicles. The fine for driving an uninsured vehicle has increased to Rs 2,000 from Rs 1,000 for first-time offenders. For the second time offenders, the fine has increased to Rs 4,000. And yes, both offences carry the possibility of a three-month prison sentence along with the fines.

The fear of paying these exorbitant fines and the prison sentence has led to a sharp spike in the research, purchase, and renewal of two and four wheeler insurance. Online searches for ‘how to renew bike insurance’ and ‘insurance premium calculator’ has shot up like a hot spring. Such trends are encouraging because it increases the number of insured vehicles and the fact that anybody injured in a vehicle accident can claim and receive adequate compensation from the policyholder.

Fortunately, buying an insurance plan or renewing it is an easy and quick process thanks to the presence of online insurance aggregators. First-time buyers can search and compare different insurance brands and their features. Those looking for bike insurance renew can check for competitive premium rates by providing their vehicle details. And those whose insurance has lapsed and still are under the grace period, they can get it rectified on these aggregator websites within minutes.

Thus, spending a few minutes on such aggregator websites and ensuring your vehicle has active insurance is a better choice than paying hefty fines or risking prison time. What do you think?

Aarvi the owner and senior content publisher at Financeclap. Aarvi completed his education in BBA (Bachelor of Business Administration), and recently she was working as an assistant manager for the accounts company. She also works as a senior digital marketing consultant for one IT company in 2018. The main idea for starting Financeclap is to provide the best and helpful information related to the business industry to the readers. Aarvi main hobbies are playing cricket, watching videos and listening to music in the free time. You can learn more about her on about us page.