A cryptocurrency is a digital currency that allows you to purchase and sell goods and services, using an alternative payment method. The value of a cryptocurrency fluctuates with market sentiment, and is purchased or sold against conventional currencies such as the dollar or the Euro. The benefit that cryptocurrency owners see, is a currency that cannot be manipulated by a central bank or monetary authority. Where the U.S. Department of Treasury can issue new dollars at any time, there is only a finite amount of cryptocurrency that can be mined. 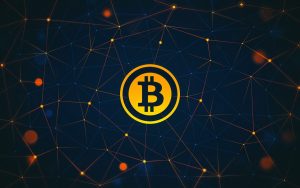 For example, the most widely traded cryptocurrency is Bitcoin, which has a maximum limit of 21-billion.  The supply is limited, so if demand is strong the exchange rate will rise. This compares to the U.S. dollar, which does not have a limited supply allowing it to be capped if determined necessary by the U.S. Department of Treasury or the Federal Reserve.

Goldman Sachs Group Inc.  recently announced that it was considering establishing a new trading operation dedicated to bitcoin trading along with other digital currencies. This is the first major investment bank to reveal its intention to deal directly in this new unorthodox market.

The undertaking is in its infancy, and there is no guarantee that this movement will continue. That being said, Goldman’s interest could further buoy interest in cryptocurrencies, which has experienced mixed reviews from the conventional investment world.

Recently, Chinese authorities have disallowed transactions in bitcoin.  Additionally, Jamie Dimon, the Chairman and CEO of JP Morgan Chase, said that he believed bitcoin was a fraud, and similar to the hype that tulips received in Holland. Additionally, Dimon said he would terminate any employee who traded cryptocurrencies.

Why is Bitcoin Gaining Attention?

Bitcoin initially was attractive to individuals in countries that do not have a stable currency.  Additionally, regulators are concerned that money launderers will use bitcoin to wash illegal gains. More recently the liquidity associated with bitcoin, increased substantially providing the opportunity for investors to step into a new speculative market.

How Can You Buy and Sell Bitcoin?

You can trade bitcoin by exchanging a currency, as the dollar or the Euro for a digital currency. There are several applications that provide access to bitcoin, but the most popular is Coinbase. Coinbase is an app that you can download to your phone, which generates a link between a bank account or a credit card and the digital currency. You can easily exchange your currency for Bitcoin, and Bitcoin for your currency. Coinbase also has a trading platform that provides access to some charts as well as trading tools.

Bitcoin and cryptocurrencies are leading the charge into a new world of trading, which is focused on market based currencies that cannot be fraudulently manipulated. While there are many critics, the announcement by Goldman Sachs shows that this new phenomenon might have legs, and continue to develop into a new world currency.