Whereas the whole world’s women continue to march on the road for equal rights and against abortion, women in Australia are marching on a completely different agenda. Their agenda may not be as visible or loud, but the cause they are fighting promises a long-lasting impact. What’s their cause, one may ask? It is to penetrate the workplace.  These changes are happening so steadily that they go unnoticed. 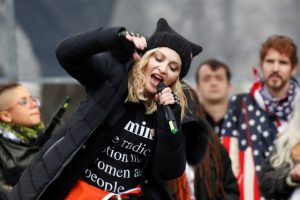 But despite this reduction in the gap, women are still fighting for equality when it comes to wages and working hours. Their march to establish equality in the workplace will continue until the desired results are achieved.

2/3rd of the women employed today are working part-time jobs as opposed to only 1/3rd of men who are doing so. It is due to the fact that even today, a woman’s role is seen as that of a house maker and therefore, they have to accommodate elder care responsibilities or child rearing.

The rise in the portion of employed women has alarmed many companies to ensure that their rights are being safeguarded when at the workplace. Firms like employmentinnovations.com are among those advisory firms who promise to help to companies in need of some guidance as to how to cater to this rising trend.

Family Ties Held Them Back, But Not Anymore

One of the prime reasons, why women across the globe aren’t able to continue in the corporate world is because of the family ties that hold them back.  A dependent child or dependent senior often sets them back, urging them to say goodbye to the corporate world forever. The same trend prevailed in Australia from decades. It was reported that a family woman was less likely to continue her job in the next year due to family-oriented responsibilities. However, the exact opposite was experienced in men. A man with a dependent child was more likely to take up another job to support the child than a woman who would simply stay home to look after it.

As reported, such women had a lower chance of being employed in the next year.

But women are defying the norms now. In the period of 2011-2014, it was the women who snatched the title of being more employed from men. As per the statistics, women, today, are more likely to hold and continue their jobs in the following year than men.

“These results could reflect a range of factors including the need to supplement household income because of negative shocks to wealth associated with the financial crisis, changes in preferences associated with how much time an individual wants to spend outside the labour force and changes in traditional gender roles associated with child rearing,” as reported by a representative of the Reserve Bank.