Almost everyone is making the shift to NBN in Australia, because its future proofing ones internet connection to receive uninterrupted and high speed internet. The project for it to be in everyone’s home in Australia is coming to fruition. Before you choose an NBN package for your home or business, make sure you have all the facts right. 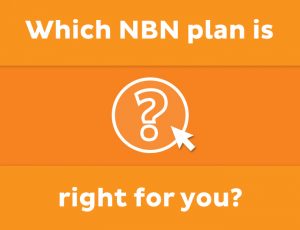 There many packages to choose from, but it’s hard to figure out the best NBN deals because many network providers are coming on board to provide NBN services to people. By doing so, eventually the copper networks that used to provide ADSL will be discontinued and the only internet option available will be through NBN.

Unfortunately many people are complaining that NBN deals are worse than what their current network provider gives, or they don’t need NBN. However if you weigh in the pros and cons you will see where Australians going wrong by comparing NBN prices with other plans.

Here are the 5 mistakes listed:

Not considering the line rental

This is one of the most common and basic mistakes people are making, unless you have a DSL service that is naked, you will end up paying both your broadband fee and mobile line rental separately. But with NBN, that isn’t so—you only have to pay for broadband and that’s it. You need to factor in this with your calculations.

Fibre speeds are not always guaranteed

People often exclaim that they get 20 Mbps on their ADSL2. That’s very naive to think because ADSL2 speeds are variable and differ from every premise and also depending on the distance of the copper wiring. The NBN wiring offers guaranteed connection. If someone is lucky to get high speed internet, that is good but that doesn’t mean that the rest of the people will also get it.

Not everyone has a choice

Some people might think that since they have multiple ADSL providers for their neighbourhood so they can choose the best deals. That’s really great and all but if you go a little outside the city and see, you will find that many people only have a one network provider to choose from and thus have limited options.

Although there are many network providers for everyone to choose from, there are many variations when it comes to quality. Some are not consistent with their pricing and offer less download speed for people, and may times they don’t know what they are losing out on and not getting their money’s worth.

Network operators monopolizing and controlling the copper wire market hasn’t created much competition. A network provider started selling ADSL plans to customers for less than what they would provide the wholesalers. That led to the ACCC to intervene and stop the practice. There were many inconsistencies and malpractices going on so the Federal Opposition agreed that wholesale and retail activities should be separated.

Figuring out the best NBN deals might not be too hard as long as you know what you need. You should do your research before you choose one.