The Americans Financial World is known for goals like Setting up a savings account, setting up an emergency fund, pumping up the income and of course to boost the retirement plans but most of the actual fail deliberately, which is another fact where Americans cannot handle covers which exceed $400. 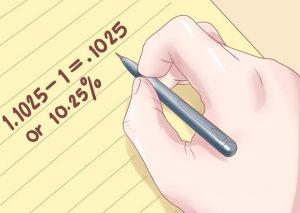 We are going to list some of the advanced ways to save money and understand the worth and the value of savings which are calculated and used by the experts.

When you are on the plan of saving, then you do realize that you need to every penny and reach the goal each day. in the pursuit of doing that you might be hurting more and more. For example, you might be buying stuff using coupons which are less quality, and looking for coupons and discounts around the malls. Which time-consuming which you can invest and make more instead.

Calculate your time and money at the same time, if you are spending more time in buying, finding products for less price around the town, then you are wasting more time than it is worth.

2. Don’t Do Everything By Yourself

Savings money is a good habit which everyone should have, but in the pursuit of making it possible you end up doing more than you bargain for, we have seen many people trying to do things themselves. Many people try to finish a job which is meant for an expert to handle but it also ends up with a costing your later down time.

For instance, if your car requires a wash then you take it to nearest washing room, but you wash it yourself, and you end up touching the part which wasn’t meant to, and you end up paying for the repair. Let the expert do the job and do not make an excuse to do it yourself then cost it later.

One of the important aspects of any job is that to make sure that you can take it next level by growing in your field and make yourself better. But in the pursuit, you end up costing an opportunity and end up losing a job which is not only boost your career but also affect your lifestyle because it becomes a habit.

Once the manager called up three of his employees and two did not make it that because it was a holiday. The first one made it, the second one was on vacation, and the third one wanted to save money on vacation as well. The first guy who showed dedication which manager appreciated, and later on he promoted.

Saving is a good habit but make sure to that when you are spending unnecessarily.