Any shrewd investor in this day and age knows certain facts about the world economy that simply make their financial strategies more realistic, practical, and, primed for success. They know, for example, that the economic and political issues that involve the governments in the Middle East, North Korea, Russia, and China, regularly influence the stocks and bonds in North America and Europe. Currently, the United States of America has a federal debt that exceeds $19.3 trillion dollars. That’s enough money to buy 54,000 Boeing 747 jumbo jets! Over $1.2 trillion of that is due to China, our geopolitical competitor. In effect, this means that over one twentieth of the US government is already owned by China. If the Federal debt is not repaid, China (like any creditor) may take military action against American financial delinquency. What do finance professionals to secure their assets? They diversify their portfolios with a multitude of different materials, so that they’re not left stranded—you can get more information at Guildhallwealth.com on this as well as other strategies. 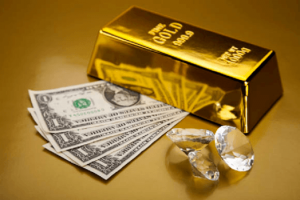 Wise investors prepare well in advance for the sort of potential risks and catastrophic consequences that this massive debt poses, since it seems unlikely that government officials are going to be able to make a big effort to repay it. How can you, too, begin to create some more security around your investments, so that in the event that there is a big crash, you and your family are safe?

As inflation hedges, it has been shown that gold and silver bullionfrom reputable sources like Guildhall are stable ways to store your wealth no matter what occurs in an economic decline. This is not true of the banking system, which only keeps a fraction of your deposited assets within reach. In purchasing gold and silver, it is very important to consider what may occur to the authority structure of the country that you are living in. Historically, we’ve seen that it’s common after a sudden economic decline for the government to declare martial law and confiscate stored assets. This is what occurred in Nazi Germany.

In storing your valuables, consider that gold has historically been confiscated by the government, but silver has not. Some might protest and say, “But that can never happen in the good old USA!” Sadly, it did, in the famous depression of 1933. Silver has shown itself to be a stable asset that stands the test of time. It is the best natural conductor of electrical current, making it essential to a number of big industries. It has been used as a secure hedge for millennia. Invest in silver coins or bullion from Guildhall Wealth today to guard your financial wealth for the long term and make sure that you are ready for the economic climate we are heading towards. Having silver stockpiled in a safe place for the future will give you peace of mind, at least in your economic security.