Independent News and Media (INM) has made a bold move in the investment world – by making a public statement that they consider their shares to be massively undervalued. 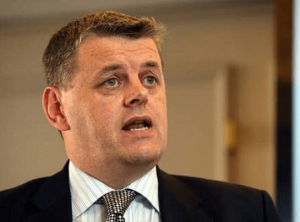 Robert Pitt spoke with the Belfast Telegraph, and made the following statement, “We continue to believe that INM is undervalued and that management’s ability to grow underlying earnings has not been rewarded,”

INM is responsible for the publishing of Sunday Life and and other notable online publications and prints. While their financial results for the first half of 2016 have not as of yet been published by Independent News and Media, it is expected that the company will publish their performance within the next week.

However, while Independent News and Media may have an optimistic outlook on the future of their share values, others are not so optimistic. Davy’s Robert Stokes spoke to the Belfast Telegraph and made a rather stand-off statement, in which he described that the newspaper and print industry is hurting. He believes the key to strong performance for INM stands with their online digital news publishing platform. Robert Stokes also believes that INM’s national distribution business has the potential for growth, covering both the bottom and top line for the company. 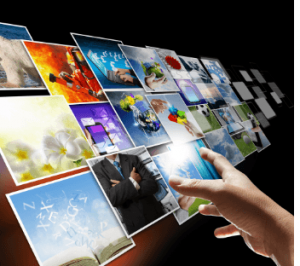 Independent News and Media (INM) currently trades of less than two times its enterprise value for 2017. This figure is then divided by their total earnings, before taking into account factors such as depreciation, tax and interest. Shares in INM are currently traded on multiple trading platforms, such as CMC Markets; where investors put their money on companies such as INM.

Even though the market forecast for the newspaper and publishing industry may look bleak according to some experts, Robert Pitt is optimistic that the first year growth earnings will be positive and will be a welcoming sign for potential investors. Pitt made a comment to the Belfast Telegraph that he expects top line growth to hit or exceed 1.5% during the first half of this year. The figures will be officially published this week. Pitt also remains optimistic that Independent News and Media have the opportunity to grow their digital and distribution publishing platform so much that it may offset any declines in their print business. 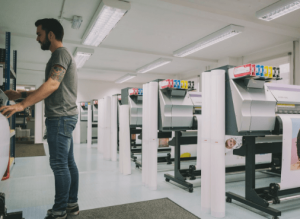 While Pitt didn’t give any exact figures on potential growth for the year, it is estimated that INM will see an earnings growth of between £10m and £15m in the first half period.

There was slight concern over the recent Brexit vote however, with Davy making it clear that the company is having to rethink its strategy both in the short-term and long-term. The UK’s decision to leave the European Union means that publishing deals may be harder to come by; which may have an underlying effect on INM’s growth potential for the next five years.

Even with such an uncertain future, both in terms of the business itself and in market conditions, INM has continued to acquire new companies for cold hard cash; and is expanding their portfolio of publishing platforms at a rapid rate. Whether or not INM’s shares are undervalued is anybodies best guess; but it is clear that the chief executive of INM believes that the future yields a positive outcome, as long as the business can continue to grow their digital publishing platform. Whether or not INM’s traditional print publications continues to yield profit is a question that only the future can answer.